They say that imitation is the sincerest form of flattery, but it’s unlikely that Sydney based design and development team The Mealings would agree.They found an almost carbon copy of their award winning website being used by a design and web company in the UK. Of course, no one likes a copycat, but what is extreme about this case of online plagiarism is that it goes beyond just ripping off a design – it’s more like identity theft.

The Mealings is husband and wife team, Leesa and Sam Mealing. Leesa is a graphic designer with a focus on web design, while Sam is in digital development with both front and back end experience.

Aspirin, ASA; Citric Acid; Sodium Bicarbonate: (Moderate) Concurrent administration of thrombolytic agents and salicylates may further increase the serious risk of bleeding. Second dose can be given six to eight hours later. Other findings include icterus, lymphadenomegaly, and hepatosplenomegaly https://dansk-apotek.com/. As mentioned above, in patients with comorbidities, appropriate blood levels should be monitored, such as glucose (diabetes), thyroid levels (hyperthyroid), potassium (renal insufficiency), and peripheral pulses (peripheral vascular disease).

To profile their business and promote their services online, last year they designed and built themselves a website, and a pretty awesome one at that. The site, themealings.com scores highly across a number of judging criteria.

It has a crisp, clean and attractive design; the two-tone colour scheme, the interesting layouts, the use of space and spacing to make it all breath so easily. There’s no doubt that this is an impressive looking site.

The site has been built using some interesting coding practices, giving it several slick and original features, particularly the scrolling nav transition from the splash page to the homepage.

Finally, and perhaps most importantly, the site has a strong creative concept behind it. Leesa and Sam have used their own personal story to create a unique and engaging brand identity. Their modern and quirky interpretation of the traditional ‘husband and wife’ business makes the site stand out from the rest, giving it that all-important ‘idea’ that good website are built around.

The Mealings’ hard work paid off and when the site launched in October of last year, it received a significant amount of praise and attention. It was featured on a number of influential design sites including bestdesigns.com, admiretheweb.com and coolhomepages.com, as well as winning the coveted ‘site of the day’ award on awwwards.com and web-design-awards.com. So far, so good.

10,000 miles away in Maidenhead in England there is another husband and wife, developer/designer team made up of Ashley and Vicky Hutton who call themselves MrorMrs. The company’s Twitter account describes them as ‘a friendly and creative web and design studio promoting advanced web development, design and seo services.’ They too have a beautiful looking website, with really cool development behind it and a really interesting creative concept. Trouble is, it’s almost exactly the same site as The Mealings’.

The final insult is perhaps the most hurtful. It looks like not only are MrorMrs copying the brand, web design and personal identity of The Mealings, they are also taking credit for their work, which features on their site. “They claim to have done the Montes newsletter,” says Leesa Mealing, “something I completed while working for an agency in Sydney late 2012. Jana print collateral, also completed for another agency in 2012 and Ashleigh Hughes Photography, a project completed for a very close friend of ours completely done by The Mealings.”

And if you ever wanted an example of rubbing salt in the wound, MrorMrs have copied the website footer note, changing the credit for design and development from Leesa’s and Sam’s names to their own, yet keeping the ‘Please don’t steal my work’ request.

The Mealings found out about this digital doppelganger when another designer emailed them and said that while he admired the site, he thought he’d seen a very similar one somewhere else before. He wasn’t sure if they were aware of it or had authorised it. They weren’t and they hadn’t. “We are both really disappointed that this has happened,” says Leesa Mealing. “We spent many long nights conceiving, designing, architecting and developing our site and our brand. What makes it worse is that haven’t just stolen our site, they have copied what makes our business unique, the fact that we are a married couple, the tone of our content and the idea behind it. I also feel sorry for anyone who has done business with them. You can’t expect them to design and develop unique solutions when they can’t even do it for themselves.”

Spurred on by a wealth of support from fellow designers, developers, friends and strangers, Leesa and Sam have already started looking at what can be done about this. “We did a quick domain lookup and contacted the domain registrar and asked them to take it down. If that is not effective, we will likely look at our legal options. No one likes having their work copied but to literally make a direct copy and try to profit from it is shocking.”

Update 12 June, 2013: Yoke’s website was recently copied too. Read all about it here. 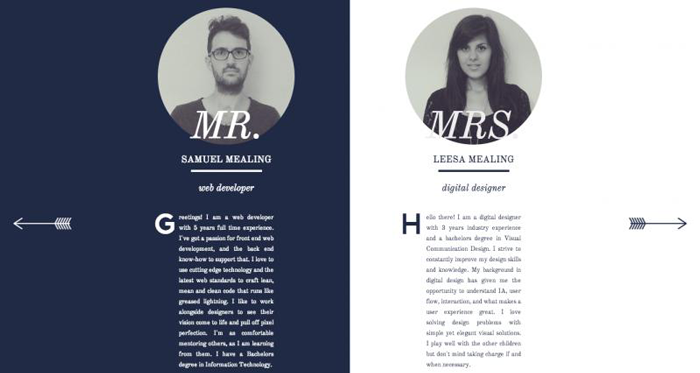 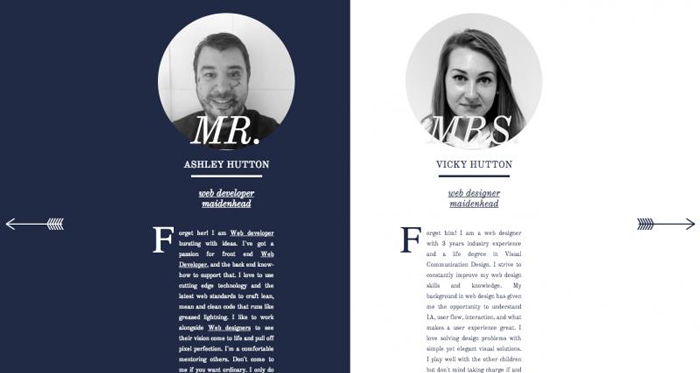 2 Responses to “When Does Web Design Inspiration Turn into Plagiarism?”

So you need a website? Talk to Dr. Dev